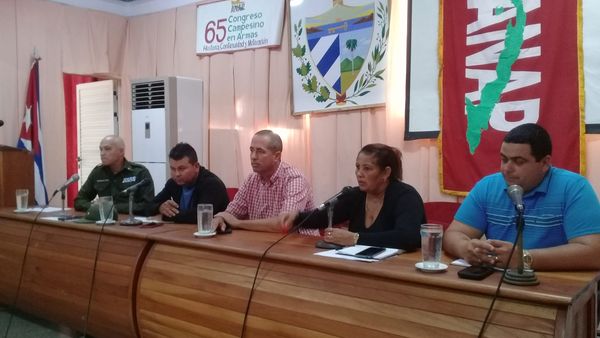 Florida, Jan 12.- The peasants of the municipality of Florida developed the Summary Plenary on the incidence of crime in the sector during 2022, and they did so under the commitment to face this scourge with greater force in the new stage, preserve the tranquility of the men and women of the countryside, support food production and safeguard the gains of the Revolution.

The analysis with administrative and political leaders of the agrarian base focused on issues such as the impact of the theft and slaughter of large cattle, its causes and conditions; the breach of production and collection contracts, along with the role of the Board of Directors and the rest of the small farmers in the battle against crime.

At the close of the previous calendar, a total of 122 attacks on cattle and horses in rural areas in Florida were registered, which resulted in 233 head of cattle disappeared or put to the knife by criminals and their accomplices.

Among the negligence that left a gap for the occurrence of these and other criminal phenomena in the agricultural sphere, the abandonment of the farms, the lack of control over the herds, deficient security lighting in the corrals and forgetfulness of the protection measures of the cattle, both at night and during the day.

Along with the repeated commitment to intensify the battle and multiply the unity of the agrarians, in the face of the increase in theft and illegal slaughter of cattle, it was denounced, once again, the lack of drive of some cowboys to confront them and the complicity or silence of others in various cases.

When intervening in the peasant Plenary where the summary of the criminal situation in the Florida peasant sector in 2022 was analyzed, Regla Frómeta Rivera, president of the National Association of Small Farmers (ANAP) reiterated the call to comply with the commitments of the organization, including the delivery of food to the people and the fight against illegalities in the 29 cooperatives in the territory.

The exchange carried out at the municipal government headquarters was attended by the highest authorities of the Communist Party, People’s Power and the Administration Council of Florida, together with directors of Agriculture and the Ministry of the Interior.

Influencing the new generations, the main mission of the Association of Combatants 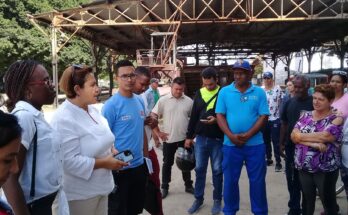 Florida candidates on tours of workplaces and neighborhoods (+Post)

Floridian peasants among the most prominent in Camagüey in 2022