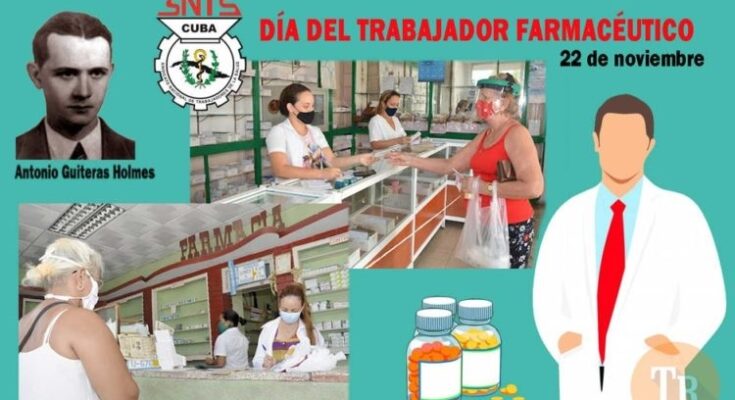 Florida, Nov. 21.- The pharmaceutical workers of the municipality of Florida will celebrate their day with a cultural political gala in recognition of the groups and outstanding personnel in the period, under the commitment to steadily increase the quality of service to the people.

According to the information offered by the highest management of the Pharmacy and Optics Base Business Unit in this municipality, the main event for the anniversary will take place on November 23 at the Luis Casas Romero culture house from nine in the morning, one day after the official date of the commemoration.

As is known, November 22 was the exact date chosen to congratulate the performance of those who work day after day in the field of Pharmacy and other related dependencies, in homage to the birth of the Cuban revolutionary martyr Antonio Guiteras Holmes, graduated in Pharmacological Sciences.

The celebration is also part of the Day of tribute to health workers, which began here on November 8 and will run until January 15, 2023, Cuban Science Day.