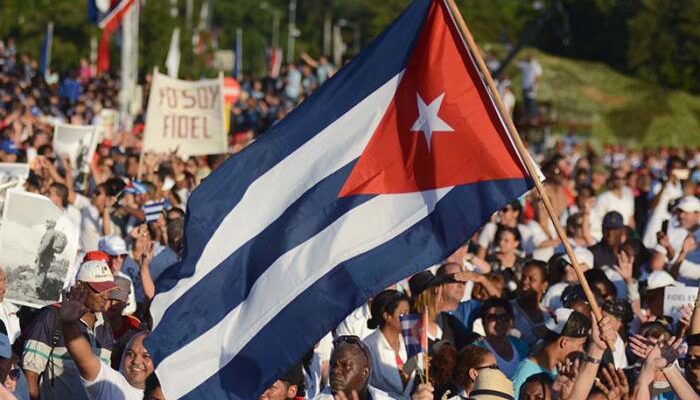 Florida, Aug 22.- The Cuban Revolution since its triumph has not had a single minute of calm respite in the face of the hostile and vindictive policy of the United States governments, which, under the pressure and threat of the counterrevolution protected by the North, they never forgave this small Antillean nation the challenge of freedom and the breaking of the neocolonial yoke.

From its first steps in the early 1960s, the blockade had a single objective: to overthrow the new organized social system in Cuba with the majority and conscious support of the people, under the leadership of Fidel Castro, and in search of all possible justice for workers and peasants.

During the first 30 years of the construction of the revolutionary process, it was easier to circumvent the deadly traps armed by Yankee imperialism in the sphere of trade and access to planetary finances based on the support offered by the former Soviet Union and the favorable links with the rest of the countries and cooperation organizations of the European socialist bloc.

Those were times when the pigs slept safely and loosely in pens 100 or 200 meters away from the houses, the pre-university students had target shooting wars with the snack sweets, the biscuit tins aged in the cellars and almost nobody He was talking about the blockade, even though it was still there, behind every step taken by the country and by its political and governmental leadership.

With the collapse of socialism in the old continent and starting in the 1990s, Cuba lost more than 80 percent of its traditional markets; It was necessary to start from scratch and confront with intelligence and much popular support the aggressiveness and opportunism of an empire that tightened the screws and intensified its criminal siege to the point of making it state policy against the Antillean archipelago.

Since then, and until today, the battle, the denunciation and the international and national condemnation against the human and material damage caused by this monstrosity are reiterated in multiple tribunes, meanwhile the White House and its new tenant are betting on death and hatred when they speak of Cuba in a purpose continued by almost all the imperial administrations.

Cuba does not give up, because despite the shortcomings, blackouts and uncertainty of some, its people know that the only alternative is creative resistance and eternal victory against selfishness, discrimination, infamy and every man for himself.