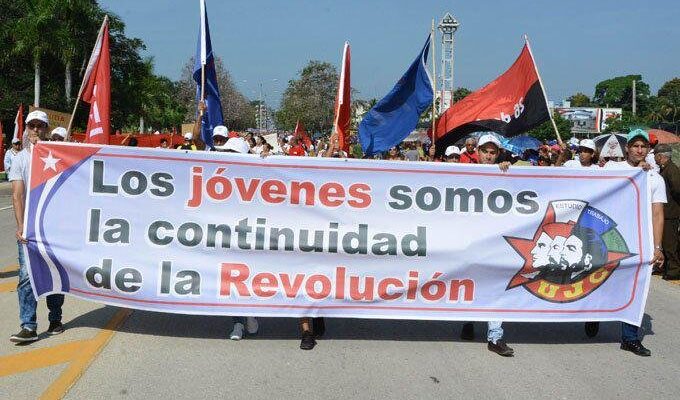 Florida, Aug 12.- The Cuban youth has thousands, millions of reasons to feel proud of its past history and of what it is building today in the midst of one of the very complex situations in the life of the Revolution, but not the most dangerous or sublime in the future of the country.

When speaking of values ​​and virtues that shape the conscience and confidence of our New Pines in a better future, it will always be necessary to mention José Martí first, who, even as a child, was still capable of condemning the infamy of Spanish colonization on his land. native, denouncing him in poems like Abdala or in the letter sent to a classmate, accusing him of being a traitor for selling himself to the enemy ranks, a heroic act that he paid for with months in prison and an early exile.

If we have to talk about Cuban youth committed to their time, how can we not remember the Maceos of Mariana Grajales, who fought like lions and offered their lives for the independence of the newborn nation.

How not to mention Panchito Gómez Toro, the faithful assistant of the Apostle and his martyr companion in the Dos Ríos catastrophe, with barely two decades lived, without dwelling on the heroic attitude of thousands of other beardless mambises who jumped from their mother’s lap to launch themselves into the redemptive jungle in which they spilled blood and courage in abundance.

In the forge of Cuban youth that now assumes the reins of the future, received from the undefeated hands of the Centennial Generation, and that clings to its ancestors most loyal to the Homeland, the names and exemplary trajectory of men stand out. like Julio Antonio Mella and José A. Echeverría, among other brave fighters against the governments of the Neocolonial Republic.

There are also Camilo Cienfuegos and Che Guevara, initiators of a humanist, supportive and anti-imperialist path along which Antonio Guerrero, Fernando and René González, Ramón Labañino and Gerardo Hernández, the Five Cuban heroes condemned in the United States for fight against terrorism to protect your people from hatred and death.

Special mention for that giant and Youth Teacher who was and is Fidel Castro Ruz, the leader of Moncada, Granma Yacht, Sierra Maestra, Girón and so many battles and victories in which he gathered the commitment and support of the best boys and girls of his time and of all the decades of the Revolution to the present.

That is the blood that runs through the veins of the soldiers who guard and defend every inch of our borders and our sky, of those who sweat their shirts in the furrow from sunrise to sunset, and of the doctors who save lives within and out of the country altruistically.

That pride in the work and ideas of those who preceded them without giving up or bowing to the trials of misfortune, shines in the chest of the firefighters and rescuers who battled for the lives of their compatriots after the explosion of the Saratoga Hotel and once again defied danger in the fire the Supertanker Base of Matanzas.

That is the youth that we admire, the one that, according to José Martí, may live and die without wealth, but walks in peace with the conscience of him and with the eternal gratitude of the sacred Homeland. 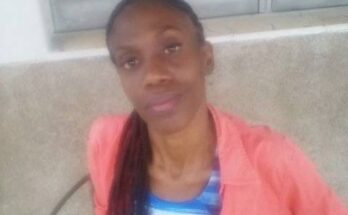 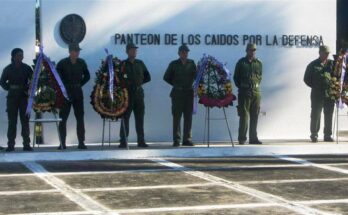