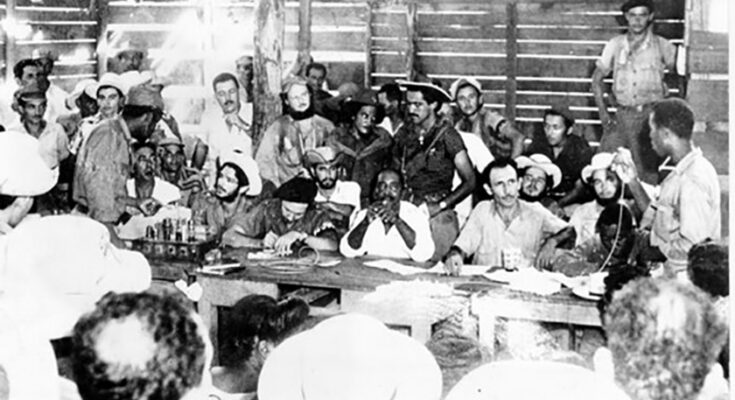 Florida, Sep 21.- For this September 21, the National Association of Small Farmers (ANAP) convened to develop a group of activities in cooperatives and other spaces in the sector, as a welcome to the 64th anniversary of the Peasant Congress in Arms, developed in 1958 in the midst of the struggle for the definitive independence of the Cuban people.

Among the planned actions stand out the restoration and updating of identifying fences and martian squares in the cooperatives, the carrying out of voluntary work, meetings with the members of the political-productive movements and the peasant advance, together with the delivery of cards to new militants of the Union of Young Communists and a tweet in commemoration of the date.

Each of the actions mentioned are part of the first stage of a broad work schedule to materialize from now until September 21 of the coming year, the date on which a closed anniversary of the historic Peasant Congress in Arms chaired by Raúl Castro will be celebrated. more than six decades ago in Soledad de Mayarí Arriba, in Santiago de Cuba.

This initial segment, with a closing date of December 31, also adds more than twenty collective actions, highlighting the tribute to rural women, the holding of plenary sessions on crime prevention and confrontation, and peasant youth assets.

Added to this is the signing of ANAP collaboration agreements with other organizations and the recognition of combatants of the Cuban Revolution, among others, with the purpose of saving the trajectory of the agrarian movement and its protagonism in the current situation in the country.