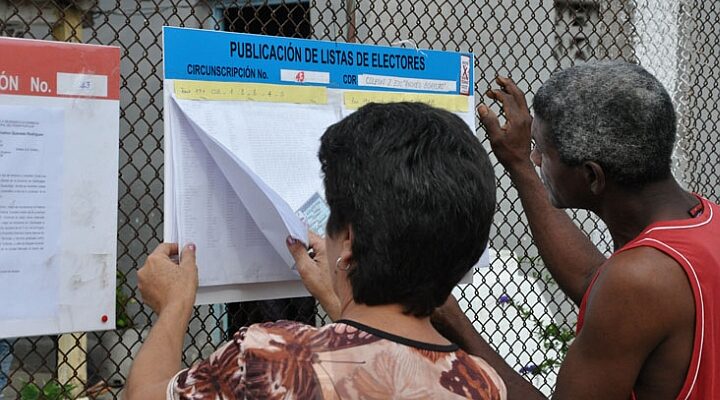 Florida, Aug 17.- As established by Cuban electoral law, in the municipality of Florida, the lists of voters called to exercise the right to vote in the next popular Referendum on the Draft New Code of Elections are published in each constituency. Families, scheduled for September 25.

According to the direction of the Municipal Electoral Council, there are more than 200 of the territory where the lists of voters are exposed so that the population can verify their presence in the document and the quality of their location and identity data in their area of ​​residence.

In each of the 82 constituencies of the territory, the lists of voters are published these days in warehouses, institutions and other spaces of free access to the population, as one of the democratic practices conceived in the electoral law and an assurance prior to the development of the popular referendum.

Preliminary data calculates a figure of 54,000 voters in Florida, persons 16 years of age or older with full mental faculties and who are not deprived of liberty for any crime, as established by the Cuban Electoral Law, to guarantee the free exercise of this constitutional right.