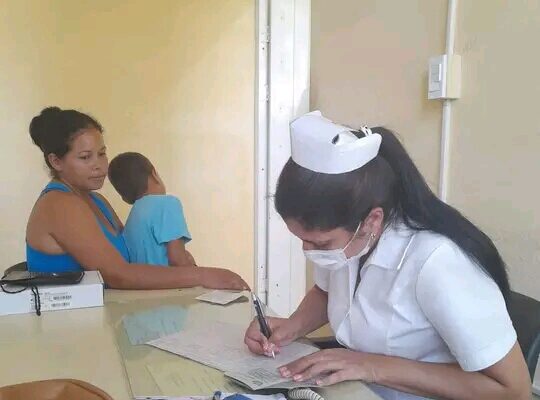 Florida, Aug 16.- More than five thousand 400 children between the ages of two and 11 are expected to receive the first booster dose with the anti-Covid-19 vaccine as part of the campaign that began in Florida on August 15 to benefit to minors who have the complete vaccination schedule.

For this process, 11 vaccination centers located in eight schools were set up in the municipality, such as the Mártires de Florida and Semillitas del Futuro kindergarden, where infants between two and six years of age will receive the immunogen.

The Master of Science Arián García Rodríguez, deputy director of Education in the town, explained that in order to immunize the rest of the students, institutions were prepared in all the popular councils, among which are the Agustín Farabundo Martí, Lope Recio and José Marti schools.

The palace of pioneers of the territory and the Manuel Fajardo and José Martí primaries also become vaccination centers, while in the rural area, starting this Tuesday, August 16, six points will open to serve minors residing in those communities.

The Vaccination Campaign with the booster dose to prevent contagion with COVID-19 will be extended in Florida until August 25 and to guarantee that all children between the ages of two and 11 receive the immunogen, the responsibility of the family is required , to protect the entire population of these ages before the start of the next school year.